On Sunday, the 2022 World Cup comes to an end and one team will get their hands on international football’s biggest prize — and simultaneously, bragging rights in millions of fantasy mini-leagues across the world will also be claimed.

With a distinct set of rules and deadlines unique to tournament football to navigate, both newcomers and seasoned fantasy football players have been able to scratch that fantasy itch over the past few weeks — but there have also been plenty of frustrations.

So was 2022 World Cup fantasy a good game? Holly Shand and Abdul Rehman give their verdicts.

What was your favourite feature of the World Cup fantasy game?

Holly Shand: The different rules on captaincy are the most refreshing part.

Having two bites of the cherry when it comes to picking a captain each “matchday” increases your chances of a significant return. There’s also an element of jeopardy thrown in when deciding whether to stick with a particular candidate after a small return or twist in the hope of a more significant haul.

These rules do present some challenges, though — I actually forgot to move the armband to another player during Matchday 3!

The power captain chip was also helpful during the later knockout rounds: I used it successfully for the quarter-finals, with Lionel Messi the only player in my team that delivered on a particularly challenging and unpredictable matchday.

Abdul Rehman: My favourite part was having the deadline as the first kick-off of the matchday. I think having this option levels the playing field as it gives all managers the same information and we can all act on it fairly.

The Fantasy Premier League deadline is currently set at one hour and 30 minutes before the opening kick-off of a gameweek and we have seen early team news leaked quite a lot this season.

This, of course, only benefits a small number of managers overall. Having the deadline at kick-off would make it fairer for everyone. I also really like the power captain chip and wouldn’t mind if this replaced the triple captain chip in FPL.

It can yield big scores and is less luck-based. You can strategise on when to use it. With the triple captain chip, there is always a chance your pick gets injured or red-carded etc. 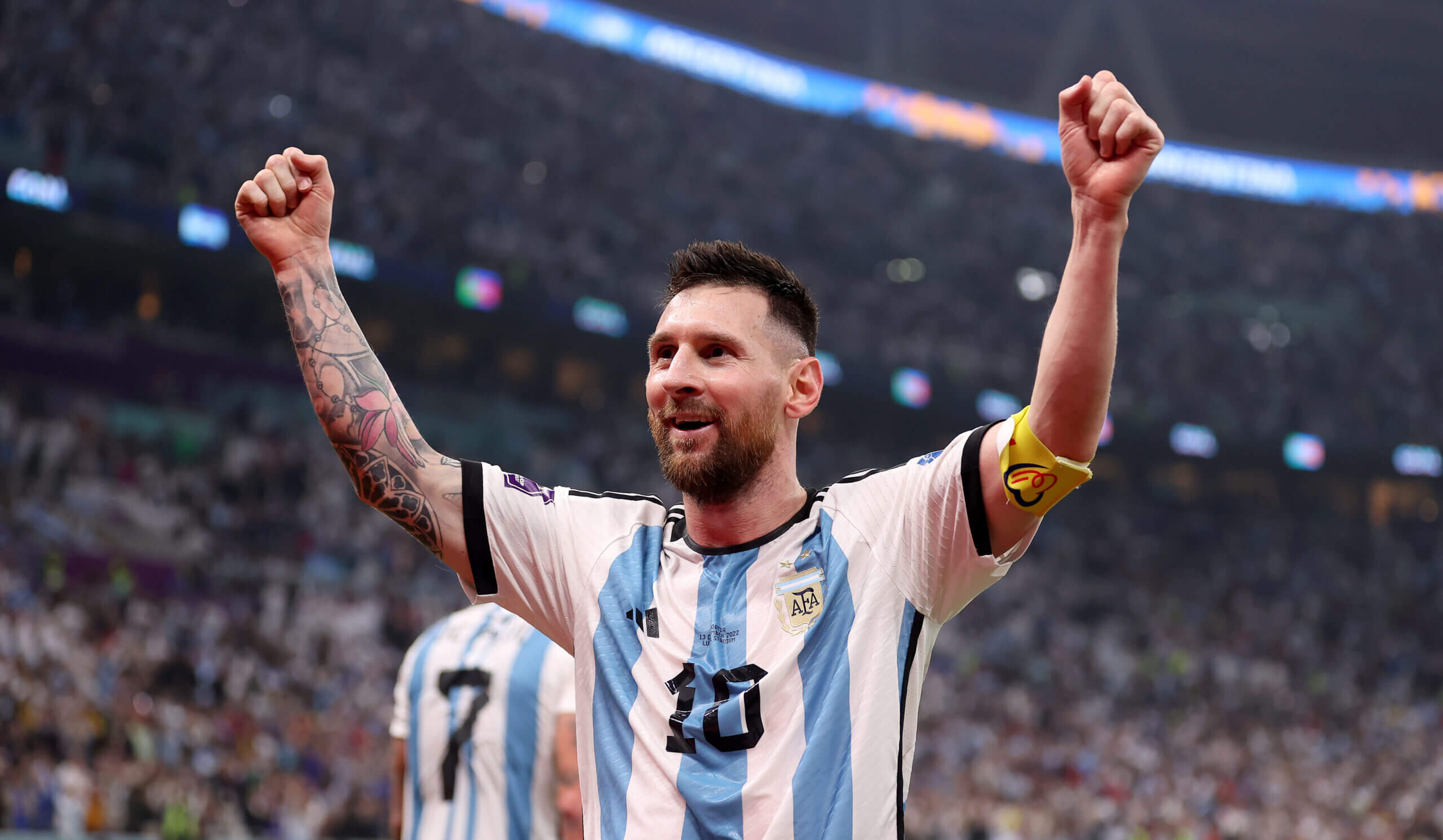 What is your biggest gripe about the World Cup fantasy game?

Holly Shand: It’s fair to say the organisation of this particular fantasy game hasn’t been good.

There was plenty of ambiguity in the original rules and we only got clarification when FPL YouTuber Andy Mears (@letstalk_fpl) managed to speak to someone running the game — and even then, we were getting the updates second-hand.

It felt like the organisers were making up the rules as they went along and didn’t foresee the pitfalls of certain rules like the in-matchday transfers, which created “hacks” within the game.

Eventually, things did get ironed out, but the fact the scoring matrix changed midway through the first round of group games, increasing the points awarded for a goal by a midfielder from five to seven, was absolutely ridiculous and undermined all the good points about the game.

It’s impossible to have faith in a game when the goalposts move in this manner once the tournament has kicked off.

Abdul Rehman: My biggest gripe about this format was the constant rule changes as the game went on. It started off by rewarding midfielders with five points for a goal, for example, and then that changed to seven.

The rules of the game were fine in theory and if they were implemented correctly from the start, it would have been much more enjoyable. It was a change to FPL and forced you to think differently in terms of which players to pick and what strategies to adopt.

For example, sticking or twisting on captains and live substitutions. Also, points for players weren’t updated correctly and were added on later in the game, really skewing the overall rank and mini-league positions.

It really made me grateful for the simple and easy rules for FPL, and explains why it is so popular.

Are you glad you played World Cup fantasy during this year’s tournament?

Holly Shand: Yes. I’ll always play the official fantasy game for a major tournament as I love the extra dynamic it brings into match-viewing.

It helps you to get to know the players from all nations and have more of a general view of the tournament as a whole, instead of having tunnel vision on your nation’s progression.

It’s been a challenge playing this game, though, as it’s felt like there’s been so many upsets and unpredictable moments that have been difficult to prepare for from a fantasy perspective — particularly with the shock defeats that we saw in the quarter-final phase.

I ended up having just three players before using my free transfers heading into the semi-finals as I was heavily exposed on assets from England, Portugal and the Netherlands.

Abdul Rehman: Yes. Even with all the game’s flaws, it was fun competing with friends in mini-leagues and makes the games all that bit more exciting to watch when your players are in action.

Also, for me, it was fun doing research on players from all over the world rather than just the Premier League and I learnt a lot about up-and-coming players who I didn’t know too much about before. Cody Gakpo and Josko Gvardiol were the two players I was really impressed with and I hadn’t even heard of the latter before the tournament.

It was also really fun playing a stress-free fantasy game.

I say this as now, as a content creator, there is that added pressure of getting a good rank every season in FPL, whereas in the World Cup fantasy game, I could have a bit of fun — picking players I liked and not focussing too heavily on the stats.

What could the World Cup fantasy game learn from Fantasy Premier League?

Holly Shand: While FPL managers have campaigned for years for rule changes and to mix things up in the game, I think the World Cup fantasy game has been proof that keeping it simple is best.

FPL is such a consistent format and the beauty of it is that it’s hardly changed since its inception in 2002. More dynamic rules in fantasy games essentially require greater involvement from managers, which makes those game less appealing to the wider audience.

With more varied rules, we also see the opportunities for managers to exploit loopholes, which again spoils the appeal for the more general audience.

I think the secret to FPL’s success is the simplicity of the game; if it ain’t broke, why fix it? The World Cup fantasy game should take note and keep things simple.

Abdul Rehman: For me, the biggest lesson for the World Cup Fantasy game would be to make sure the game is simple enough to appeal to everyone.

Although I liked the different rules, in theory, this would have deterred most “casual” managers from seeing the game through to the end.

Also with the rules not even applied properly and changed halfway through, it may have been the final straw for many, even the really engaged managers. Keep the game simple with easy-to-follow rules. This doesn’t mean making the game a carbon copy of FPL.

There are other games out there, like Sky Sports Fantasy Football, for example, which was totally different to FPL in terms of scoring and strategy, but the rules and user interface was clear and simple to follow.

What could Fantasy Premier League learn from the World Cup fantasy game?

Holly Shand: Some of the boosters from the World Cup fantasy game could be easily transferred into FPL.

The power captain has a broader appeal as it essentially guarantees a captaincy haul in even the most challenging of gameweeks. It’s a booster with a secure positive outcome instead of a potential negative one due to injuries, unexplained rotation or a missed penalty.

Abdul Rehman: Although I like the simplicity in the FPL scoring system and wouldn’t really change much, I did like the rule of a player gaining two points for winning a penalty and a forward gaining an extra point for two shots on target.

I think these are quite subtle changes which would make the game better without causing too much fuss and confusion. I also liked the original ideas of different chips, with power captain and 12th man. Again, a change in chips would be a good idea for FPL.

With the bench boost and triple captain, the strategy to use these chips has been “completed” — as in, most engaged managers follow the same route, which is often successful. 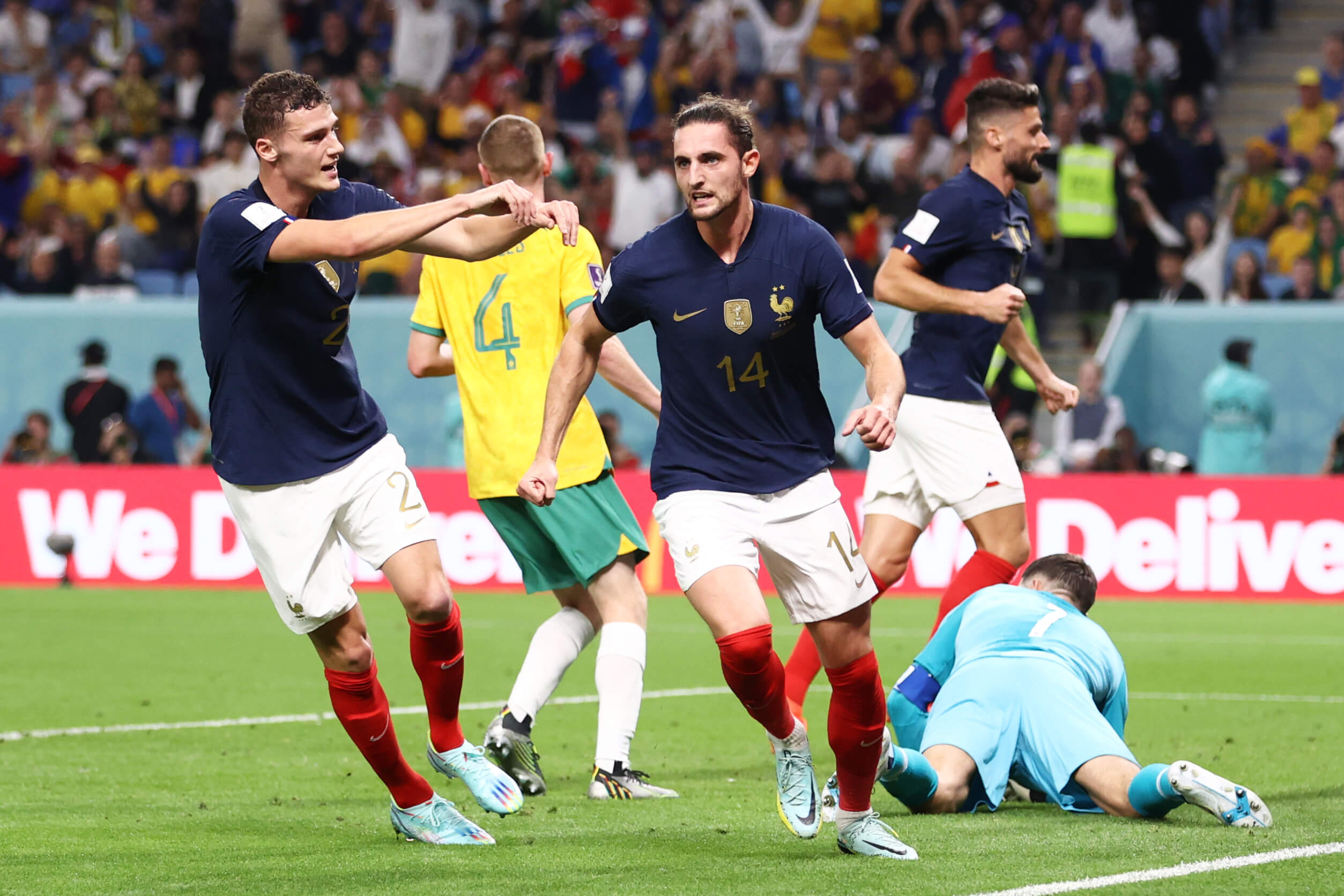 The number of points a midfielder – such as France’s Adrien Rabiot – gets for scoring a goal was changed midway through the tournament (Photo: Robert Cianflone/Getty Images)

What is the No 1 thing you’d like to see improved for the next World Cup fantasy game?

Holly Shand: The clarity and security in the rules needs to be the key area for the organisers to work on ahead of the next tournament.

The 2014 and 2018 versions of the fantasy competition were far more straightforward and accessible to all, so hopefully they go back to basics.

The decision to allow transfers during the matchday is frankly ridiculous, and the consequences for permitting that were not thought through.

We’ve seen managers exploit the rules to use a wildcard twice over and then there was such a small window of time to make changes for the next matchday.

It’s not something that any other fantasy game has allowed in the past (to my knowledge) and now we know why after seeing its poor implementation in this game.

Abdul Rehman: Think simply — just to have clear and set rules from the start, which don’t change midway through the tournament.

If the rules had been set from the start without any glitches and changes, this would have been a great game.

Due to the short format, the highly interactive aspect was fine. It would be too much to have this format for a season-long game like FPL but for a short tournament, it was great and really favoured the engaged manager who put more time and effort into it.

I also think having a clear, simple and aesthetic user interface is very important and underrated.

Will you be playing World Cup fantasy if a game is launched for the next tournament in 2026?

Holly Shand: Absolutely. I’ve learned a lot by persevering with the 2022 version of World Cup fantasy, so I’m ready for anything when it comes to the 2026 tournament. Surely it can’t get any worse!

I always find fantasy games the perfect accompaniment to my football viewing. I feel like the two go hand-in-hand, so I’ll always opt in to fantasy games.

I also think it’s really important for football fans to be able to predict their football knowledge for free in a fun fantasy game compared to the alternative of venturing into the gambling industry to find their fix.

Abdul Rehman: Yes, without a doubt. I love playing fantasy games as it really enhances my watching experience.

Not only does it give you that extra bit of excitement watching the matches but allows you to research and learn more about the game from different players in different leagues. Even with the flaws in the 2022 game, I still enjoyed it once the rules and user interface were ironed out.

It is also a nice “fantasy fix” as the World Cup or Euros are played when there is no Premier League, therefore filling the gap.