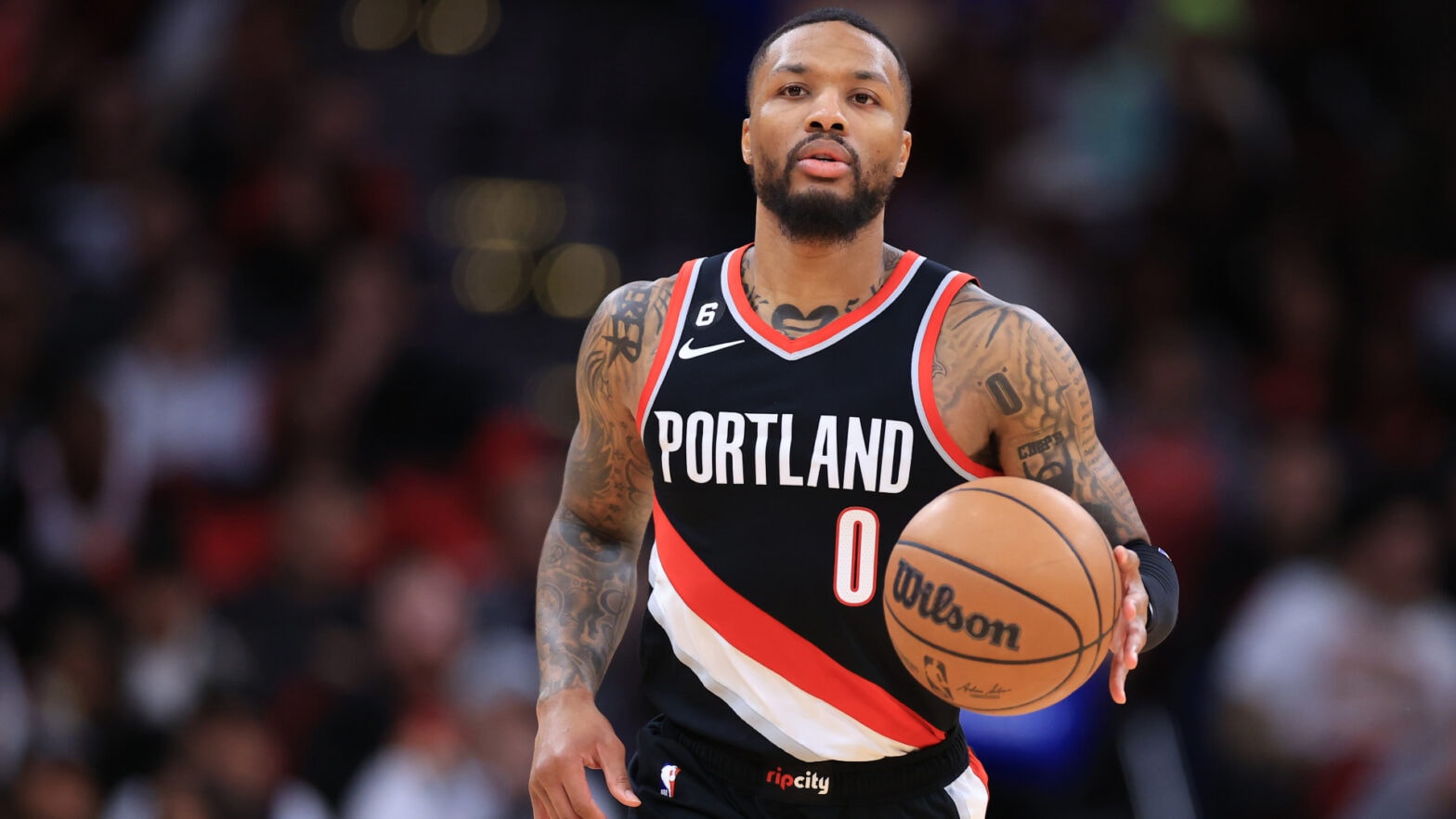 The NBA follows up its marquee Christmas Day slate with seven games scheduled Monday. Since so many top teams played Sunday, not many matchups jump off the page. A game that stands out is in Cleveland when the Cavaliers host the Nets. The Heat will also be in action, playing host to Anthony Edwards and the Timberwolves. Let’s dig into some of the top options to consider on Yahoo, as well as a few to possibly avoid.

Damian Lillard, POR vs. CHA ($38): Lillard has been locked in since returning from injury, averaging 29.9 points, 3.4 rebounds, 7.2 assists and 1.2 steals over 10 games. He shot 47.4% from the field during that stretch, including 44.4% from behind the arc. The Hornets have played at the 10th-fastest pace and have the fourth-worst defensive rating in the league, so Lillard should have plenty of opportunities to continue to stuff the stat sheet.

Ayo Dosunmu, CHI vs. HOU ($11): Alex Caruso (concussion) is out again, so Dosunmu should continue to have increased playing time. He started and logged 33 minutes with Caruso out against the Knicks on Friday, scoring 29.6 Yahoo points. Taking on an expanded role against a Rockets team with the third-worst defensive rating in the league makes Dosunmu worth the risk in tournament play.

Lauri Markkanen, UTA at SAS ($29): This is a solid matchup for Markkanen, who’s shooting 43.8% from behind the arc on 6.8 3-point attempts per game. The Spurs have the worst defensive rating in the league and have allowed their opponents to shoot 39.3% from behind the arc. Expect them to have a difficult time slowing down Markkanen.

Jabari Smith, HOU at CHI ($18): Another team who has had a difficult time defending the 3-point line is the Bulls, who have allowed their opponents to shoot 38.0% from deep. Enter Smith, who is averaging 2.0 3-pointers in his rookie season. His inconsistent production makes him risky in cash contests, but he could be worth taking a chance on in tournament play.

Ben Simmons, BKN at CLE ($27): Simmons has looked more comfortable offensively, shooting 62.0% from the field this season. However, he doesn’t get many scoring opportunities and has averaged only 27 minutes per game. The Cavaliers have played at the slowest pace in the league, so Simmons might not be afforded as many opportunities to contribute with rebounds and assists, let alone in the scoring column.

Jusuf Nurkic, POR vs. CHA ($24): Nurkic finds himself on the injury report for this game but is probable, so expect him to see a normal workload. It’s a bit concerning that he’s averaging only 25 minutes over his last seven games. Still, he provided 12.9 points, 8.9 rebounds and 3.1 assists during that stretch. It wouldn’t be a surprise to see him come away with a double-double against a Hornets team that has allowed the second-most rebounds per game in the league.

Walker Kessler, UTA at SAS ($16): Kelly Olynyk (ankle) has already been ruled out, setting him up to miss his fourth straight game. Kessler has started each of the last three games without him, scoring at least 27.3 Yahoo points each time. Combine his starting role with the struggling Spurs’ defense, and Kessler is a strong option for those looking for a center with a cheap salary.

Jakob Poeltl, SAS vs. UTA ($21): The rebuilding Spurs are 10-22 and playing for draft positioning already. Poeltl is battling knee soreness, which has resulted in him putting up 8.5 points and 5.0 rebounds over 22 minutes per game in their last four games.

Mike started covering fantasy sports in 2007, joining RotoWire in 2010. In 2018, he was a finalist for the 2018 FSWA Basketball Writer of the Year award. In addition to RotoWire, Mike has written for Sportsline, Sports Illustrated, DK Live, RealTime Fantasy Sports, Lineup Lab and KFFL.com.