This year certainly hasn’t gone the way most investors had planned. Following a year when the broad-based S&P 500‘s biggest correction totaled 5%, investors of all kinds have watched the benchmark index plunge into bear market territory in 2022. In fact, the S&P 500 produced its worst first-half return in 52 years.

But it’s not the worst-performing index by any means. The technology-dependent Nasdaq Composite (^IXIC) has plunged a whopping 38% from peak to trough over the past year. The supercharged growth stocks that had led the market to new highs are now being avoided at all costs by Wall Street and investors. 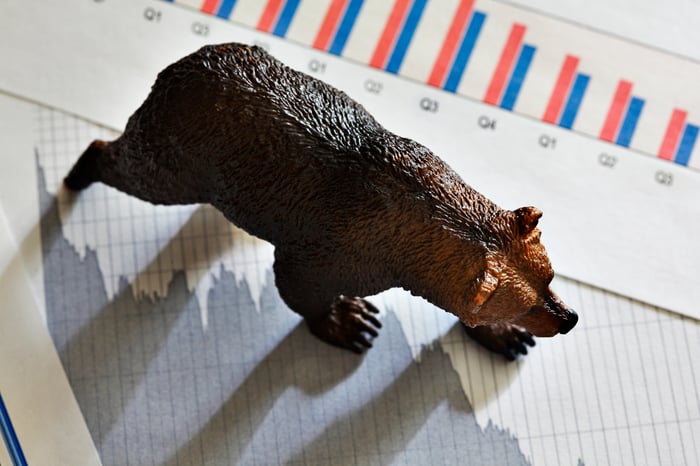 Yet therein lies the opportunity: Just as investors have a habit of overshooting valuations to the upside during bull markets, the same thing happens when stocks look their bleakest. While sentiment might be poor now, long-term investors can snag incredible bargains during the Nasdaq bear market.

What follows are three phenomenal bargains patient investors can buy right now that can double your money by 2027.

The first big-time bargain that can potentially double your money over the next five years is China’s internet search giant, Baidu (BIDU -6.70%).

Shares of Baidu traded for north of $320 in February 2021 but ended this past week at $85. Everything from increased regulatory scrutiny in China to the country’s zero-COVID strategy, which has crippled supply chains in various provinces, has weighed on Wall Street’s opinion of Baidu. Thankfully, this fear is your opportunity to pounce.

Baidu’s foundation is built atop its internet search segment, which is a veritable cash cow for the company. According to data from GlobalStats, Baidu accounted for 60% of China’s search engine market share in October 2022, which was 44 percentage points above its next-closest competitor.

China is the second-largest economy in the world by gross domestic product, and it has a burgeoning middle class. In other words, advertisers are incented to pay a premium on Baidu’s platform to get their message in front of these prospective consumers.

Equally exciting is what Baidu is doing beyond its core operating segment. The company has heavily invested in cloud computing and artificial intelligence (AI). Even with economic growth challenged in China by the country’s zero-COVID strategy, AI Cloud revenue grew 31% during the June-ended quarter.

Further, Baidu’s Apollo Go is currently the world’s No. 1 autonomous vehicle ride-hailing service. Though these are smaller revenue segments at the moment, they’re growing at a much faster pace than internet search.

Historically, Baidu is a company that’s had little trouble maintaining a double-digit growth rate. While that may change in the short run, all signs continue to point to long-winded bull markets favoring its marketing, cloud, and AI operating segments. Valued at just 9 times Wall Street’s forward-year forecast earnings, Baidu looks like a screaming deal.

Novavax makes Baidu’s 75% tumble look like a walk in the park. During the COVID-19 pandemic, shares of Novavax were changing hands for more than $300. Shares ended last week at $19. Novavax was ultimately beaten to pharmacy shelves by the likes of Moderna and Pfizer/BioNTech, which developed high-efficacy COVID-19 vaccines. Numerous Emergency Use Authorization filing delays in the U.S. didn’t help Novavax’s cause, either.

However, a strong argument can be made that pessimists have overshot to the downside with Novavax. First, it joins Moderna and Pfizer/BioNTech as the only companies to achieve a vaccine efficacy (VE) of at least 90%. With a high VE and a vaccine that’s differentiated from the messenger-RNA products by Moderna and Pfizer/BioNTech — Novavax’s COVID-19 vaccine uses a protein to teach a person’s immune system to recognize and fight the SARS-CoV-2 virus — Novavax has a reasonable shot at generating solid recurring revenue globally from its COVID-19 vaccine.

Something else that’s really important to recognize is that Novavax’s drug-development platform works. The development and use of NVX-CoV2373 (the company’s COVID-19 vaccine) in the U.S. and in dozens of countries worldwide suggests that Novavax can make mutation-specific vaccines, if necessary, or develop combination therapies. Within the next year or two, people may have the option of taking a combination influenza/COVID vaccine.

Novavax is also sitting on a boatload of cash. As of June 30, the company had $1.38 billion in cash and cash equivalents. This is more than enough money to advance promising preclinical and clinical trials.

Although Novavax largely missed the low-hanging fruit, if you will, of high-margin COVID-19 vaccine sales in the U.S., the global recurring revenue potential from COVID-19 (i.e., booster shots), as well as the expansion of its drug development platform, make it a rock-solid bargain at its current price. 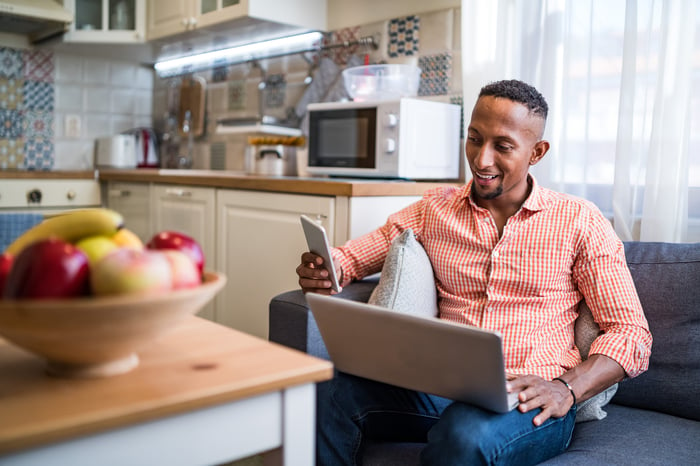 The third phenomenal bargain that can double your money by 2027 is online-services marketplace Fiverr International (FVRR 7.85%).

Keeping with the theme of this list, Fiverr has taken its shareholders on quite the roller-coaster ride. In three years, shares of the company have moved from the mid-$20s to more than $300 and back to the mid-$20s again. Skeptics appear to be concerned with the growing likelihood of a U.S. recession and how that might adversely impact a business based on freelance/remote work.

Although recessions are an inevitable part of the economic cycle, they tend to be substantially shorter events than bull markets and periods of economic expansion.

To add to this point, the dynamics of the labor market have been permanently changed by the pandemic. Though some workers have returned to the office, the percentage of employees working part-time or full-time from their homes or remotely has grown significantly. This puts Fiverr’s freelancer marketplace at the center of this remote-work trend.

On a more company-specific basis, Fiverr brings clearly identifiable competitive advantages to the table. Instead of having freelancers price their tasks on a per-hour basis like virtually all of its competitors, Fiverr’s freelancers list their tasks as a package deal. This greatly enhances cost transparency, which has been a powerful tool to keep spending per buyer climbing.

The other significant advantage, as I’ve touched on before, is Fiverr’s superior take rate — i.e., how much the company gets to keep from each deal negotiated on its platform. With most online-service marketplaces dealing with take rates in the low-to-mid teens, Fiverr reported a take rate of 29.8% in the June-ended quarter.

Given Fiverr’s sustained competitive advantages and double-digit growth rate, its forward price-to-earnings ratio of 25 looks like a steal for opportunistic investors.

Nasdaq Bear Market: 3 Phenomenal Bargains That Can Double Your Money by 2027