The release of Hearts of Iron 4 DLC By Blood Alone – and developer Paradox Interactive’s decision to temporarily make it a free PC game to celebrate – have combined to push the historical WW2 game to its highest ever concurrent Steam player count. Already one of the best grand strategy games on PC, Hearts of Iron 4 has seen plenty of updates since its 2016 release, and By Blood Alone represents the continuation of that process with a huge aircraft overhaul and new focus trees for Switzerland, Ethiopia, and Italy.

In line with the release of By Blood Alone, developer Paradox Interactive – the team behind several of the best strategy games on PC including Stellaris, Europa Universalis, and Crusader Kings, alongside the likes of Cities: Skylines and Pillars of Eternity – made the decision to offer the base Hearts of Iron 4 temporarily free-to-play from September 26 – October 3, helping bring in players curious about the game in the wake of its new update.

The move appears to have proven successful – SteamDB reports that the game’s player count has continued to climb throughout the free week, reaching an all-time peak of 70,997 concurrent players over the weekend. While it’s easy to wave this off as merely an effect of the free week, it appears that the promotion is proving successful from a financial standpoint as well. The new official Steam charts, which chart the best-selling games by total revenue, show that Hearts of Iron has leapt up 56 spots to become the 12th top earner for the week, passing the likes of Modern Warfare 2 and Slime Rancher 2.

If you want to hear more about how Hearts of Iron 4’s newest addition strikes a balance between implementing additional depth with its new features and avoiding bloat, check out the HoI4: By Blood Alone review over at our sister site Wargamer. 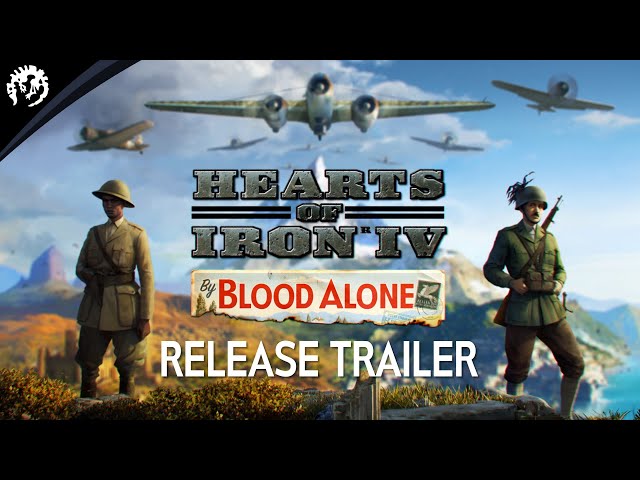 If you’re one of those new players and you aren’t sure what to pick up, our Hearts of Iron 4 DLC guide should help you sort out the various options at your disposal. Meanwhile, our pick of the best Hearts of Iron 4 mods offers even more ways to customise your World War II campaign.